Well, we are approaching the end of the actual summer season. Since the season does not end for just a few more days, I still have time to address the top 10 films i have seen this summer. I will be focusing on movies released between June and the end of August, which is really the prime period of “summer” blockbusters and not just “blockbusters” like Godzilla and Captain America. I was pleasantly surprised with the amount of good movies that graced the silver screens these last couple months, and am happy to report it is one of the best summer’s in years in terms of quality. So, let’s get to it:

The new TMNT may not have been what everyone wanted, but it did set enough of a foundation for a solid series of films to come. Sure the action was lackluster at times, the human acting and stories weren’t the best, but what was good was the banter and rapport between the turtles themselves and let’s be honest, that’s the most important element. The series has plenty of room to grow and adapt to what the critical reactions are, and if taken, we could have some great turtle movies on the way. For my full review, click this link: http://wp.me/p43Tw9-91

One of the very first purely action flicks of the summer season, Edge of Tomorrow could have been a massive failure. It was starring Tom Cruise, it was about an alien invasion, and it seemed like your run-of-the-mill action-shooter. Yet thanks to its addition of a smart script and a Groundhog Day-esque daily restart, the movie successfully pushed itself above a fair share of the muck of average action movie. There are several very cool moments in the film, and it helps that Tom Cruise and Emily Blunt make a great action team. My full review can be found here: http://wp.me/p43Tw9-7s

8. The Fault in Our Stars 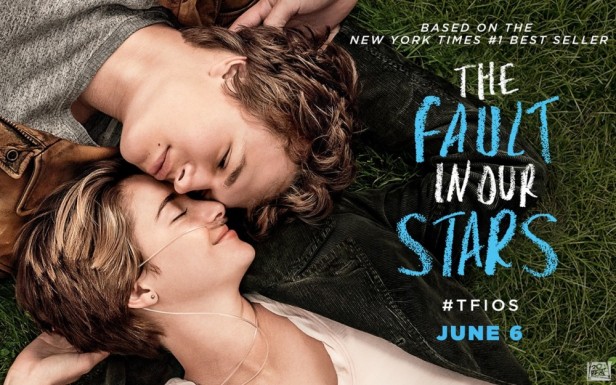 If anybody thought that a teen-flick about teenagers with cancer who are romantically involved would be a tear-inducing cry-fest, they would be right. The Fault in Our Stars sticks very closely to the novel, and thanks to Shailene Woodley who completely inhabits the role of Hazel, the movie was far from the failure it could have been. While some might feel that the movie tries too hard to induce tears, they should really blame the novel. The performances are great, the chemistry is radiant, and in the end it is a powerful film that will leave you with a wet face. Check out my full review here: http://wp.me/p43Tw9-88  now that it is out on DVD.

21 Jump Street was one of the best comedies in recent years, so the sequel had a lot to compete with. Instead of trying to shake things up and become its own sequel, 22 Jump Street essentially took the story of the first and moved to college. Though there are differences, the structure is basically the same, and the movie accepts it and makes fun of itself. The movie certainly delivers enough laughs to make it a worthwhile viewing even if the story is so familiar. Channing Tatum and Jonah Hill are as good as ever, and both continue to prove that they are one of the best comedic duos in a long time. Now there is word of a 23 Jump Street in the works, so we now have to wait and see if they will actually shake things up with that one. My full review can be found here: http://wp.me/p43Tw9-7L 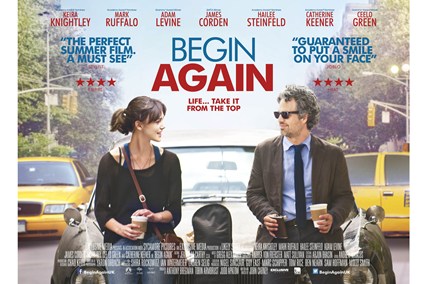 Begin Again came out at the beginning of July and it was surrounded by some of the films I previously listed as well as apes and robots. But, Begin Again was a bit of a diamond in the rough of your usual blockbusters. It is a simple indy film directed by Once director John Carney. It is about love, music, New York, and new beginnings (obviously). Mark Ruffalo and Keira Knightly shine as two down-on-their-luck musical people who find each other in their times of need. Ruffalo, a music producer, helps a struggling musician, Knightley, as he deals with his estranged wife and daughter. It is a delightful little film that has an excellent soundtrack. My full review is here: http://wp.me/p43Tw9-8t 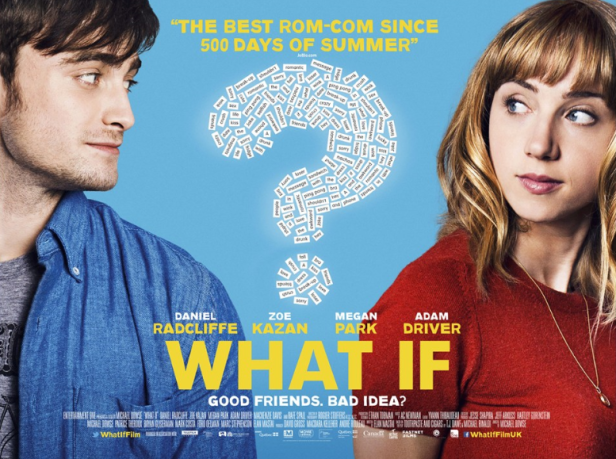 What If, another indy gem that surfaced in August in North America after limited releases in other countries, brought up the issues that When Harry Met Sally did back in the 80s. Daniel Radcliffe and Zoe Kazan bring about excellent chemistry while dealing with the fact that they may be perfect for each other even though Kazan is currently with a seemingly perfect guy. Full of smart humor, real moments, and great performances, What If is one of the best rom-coms to come out in years. Check out my review here: http://wp.me/p43Tw9-97 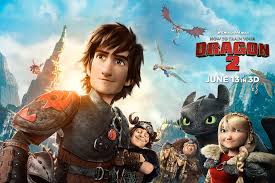 The first How to Train Your Dragon was a fantastic animated film, so when a sequel was announced the buzz and hype started to grow. Like many animated films, it is hard to compare to the magic of the original (see Monsters Inc. and its prequel or Shrek). But luckily, How to Train Your Dragon 2 excelled on one levels and resulted in being the best animated film of the year. The film picks up 5 years after the events of the first film and we are quickly thrust into a greater world than just the Island of Berk. When new islands are discovered, as well as an evil conqueror who enslaves dragons, Hiccup and his crew are forced to team up to stop the threat. The film has some astounding animation and is a welcome reminder that sometimes animated films are better than live-action films. Check out my review here: http://wp.me/p43Tw9-7z

3. Dawn of the Planet of the Apes

Back when Rise of the Planet of the Apes came out it was a rather surprising hit. After the Mark Wahlberg remake, the Apes films seemed dead. Then out of the depths came a CGI, motion-capture charged blockbuster that blew us away. The sequel, Dawn of the Planet of the Apes, took what the first one built and took it into a whole new and amazing territory. Dawn starts years after the outbreak of the Simian Flu, the Apes live in the area surrounding San Francisco while the humans live in squalor inside the city. The apes have evolved, the humans are struggling. The film contains many dualities and mirroring’s that we at times forget that the apes are actually “animals.” The motion-capture is top-notch, the human story is actually interesting, and the climax is exciting and jaw-dropping. Now we have to wait for the next film, potentially capping off a trilogy. But for now, check out my review here: http://wp.me/p43Tw9-8p

2. Guardians of the Galaxy

With as big as Marvel movies have gotten thanks to its “poster superheroes,” by which I mean all of the Avengers, they now have room to move into other unfamiliar realms. The first that they decided to examine actually ended up being one of the best Marvel films ever and it does not really have any superheroes at all. Guardians of the Galaxy is an underdog story. It is filled with losers and failures, criminals and assassins. But the cast is so darned likable, the story is fun and exhilarating, and it is also a great space film. Chris Pratt surely is now a name to be reckoned with and he is a revelation as Star-Lord, a human living in the vast reaches of the galaxy. While it does have ties to the rest of the Marvel Universe, it is actually its own breed of movie. In the end we have the best “superhero” film of the year, and would be best film of the summer if it had not been for what’s coming next. Haven’t seen it yet? Read my review and go:       http://wp.me/p43Tw9-8S

I don’t think I have actually had a movie blow me away as much as Boyhood did. The ads all say it is one of the best of the century, decade, etc; and it is. Boyhood is one of those movies that breaks the mold of filmmaking and makes us look at it in a whole new way. What other movie has followed a kid, played by the same actor, through 12 years of his life? None. It is a cinematic achievement that will live on for years to come. Ellar Coltrane is truly a great actor and this is his only real film. He was filmed annually for 12 years, and his life unfolds for us to watch him grow. It is an exceptionally magical experience, one that can only be told through the magic of film. Boyhood is Richard Linklater’s masterpiece, and it is a film that anyone and everyone can relate to in some sort of way because it is about life, growing up, family, and everything in between. If you have not seen it, I beg you to go out and do so, you will not regret it. If not, read my review and maybe it will change your mind: http://wp.me/p43Tw9-8L

So there we have it, my top 10 films of the summer. If I had addressed all 100+ films I watched it would be a completely different and much more difficult list. Unfortunately I only saw about 13 or so movies in theaters this summer, which might seem like a lot to some, but when making a top 10 list out of 13 movies, it gets a bit bland at the end because not all 13 were going to be great. The films that did not make the list include the new Sin City, Transformers, and Jersey Boys. Be on the look out for my final Summer Series post coming up shortly.