If you somehow missed out on #’s 10-6 yesterday, you can find them here. But without further ado, here are the Top 5 films of the summer:

After a string of flawed films, Pixar really amped up their game and brought us the (literally) emotional Inside Out, reminding us exactly why we love them so darn much. You will be shifting from laughing to tears in this wonderful adventure through the mind of a little girl whose family just relocated to a new city. It is fun, inventive, and packs a mighty emotional wallop. Amy Poehler, Bill Hader, Lewis Black, Mindy Kaling, and many others bring a diverse, hilarious voice-cast to the film, all offering up a unique type of humor and heart that helps propel Inside Out to the upper echelon of Pixar films.

This is one of the best movies you have neither seen nor even heard of this year. It is a quiet, uneventful film that does not have explosions, gut-busting humor, or anything close to excitement. Rather, it is a thoughtful look into the loneliness of two people in a more or less chance encounter. Segel steals the show as author David Foster Wallace in a career-changing, absolutely revelatory role. Oscar buzz has already started for him and if you’ve seen the movie, you’d understand why. It is a painful, heartbreaking performance as the most popular author in America back in 1996 as we learn of him over five days with a Rolling Stones reporter played by Eisenberg. A truly fantastic film. 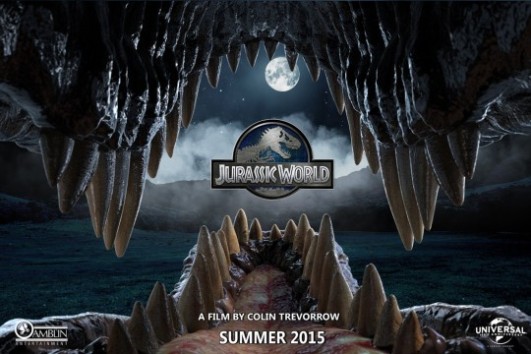 Nobody thought it could be done. After one incredible, landmark film, followed by two disappointing messes, the Jurassic series was thought to have been extinct. Fears started once the project was announced, but then the trailers came out and it started to build excitement, and the final product was an exemplary, innovative, and respectful film that not only honored the past, but paved the way for more dinosaurs. Chris Pratt brings his new stardom to the film with a charismatic, invigorating performance as Owen, the Raptor trainer who must help save the park after a hybrid species escapes captivity. It is an immensely crowd-pleasing film with enough references to the original films to give you the nostalgia kick you need. The countdown has now started for a sequel, and I am beyond excited to see what happens next.

The Gift is an incredible film in many ways. For one, it shows us a first-time director (Joel Edgerton) with a wealth of talent and vision. Writing, producing, acting, and directing a film is–I’m guessing–no easy feat. But to do so and to excel on every level is pretty impossible. Another reason why it is brilliant is because Edgerton crafts such a well-paced film that manages to shock and thrill you up until the very final moments. It is almost Hitchcockian in its plotting, how it plays with your expectations, and shocking you even though it tells you exactly what’s going to happen. The cast delivers on exceptional levels, too, with Edgerton stealing the show as the over-friendly, and annoyingly creepy Gordo. Jason Bateman and Rebecca Hall also deserve recognition as the married couple who encounter Gordo, a man from Bateman’s past. If you haven’t seen The Gift, do yourself a favor and check it out now, and be careful about people who inexplicably pop up from your past.

#1. Me and Earl and the Dying Girl

I saw Me and Earl and the Dying Girl at a little two-screen theater at one of its last showings on a random Thursday night at the end of July. I laughed, I cried, I laughed some more, and I cried while laughing. There are many reasons why Me and Earl and the Dying Girl is the best movie of the summer, and probably the best movie of the year so far (though you could make an argument for Mad Max.) There is so much originality, emotion, humor, and fun packed into this little film that too few people have seen. Thomas Mann, Olivia Cooke and RJ Cyler are stellar as the young leads, all dealing with intense themes but somehow making them not so bad. Me and Earl and the Dying Girl reminds us that people love movies and love making movies for the art, not for the money. If you are able to only watch one film for the rest of the year, make it this one–not for its humor, acting, or story, but simply because it is so well done and all of the elements come together for an unforgettable film that will stick with you a long time after the credits have finished rolling and you’ve gone through half a box of tissues.

So there we have it! Have any issues with my choices? Let me know in the comments! Check back in 3 months for the best films of the YEAR!